Top 10 Vitamin B12 Foods for Vegetarians 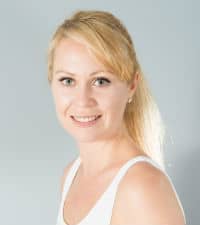 Specific brands high in vitamin B12

As with all fortified foods, the quantity of vitamin B12 can vary, check labels for specific amounts, and see the full ranking of drinks high in vitamin B12.

Other Milk Substitutes High in Vitamin B12

The quantity of vitamin B12 can vary greatly, check product labels.

Nutrition Facts for Low-Fat Milk 2%. (Source)
See the full ranking of dairy high in vitamin B12.

Nutrition Facts for Non-Fat Yogurt. (Source)
See the full ranking of dairy high in vitamin B12.

See All 200 Vegetarian Foods High in Vitamin B12 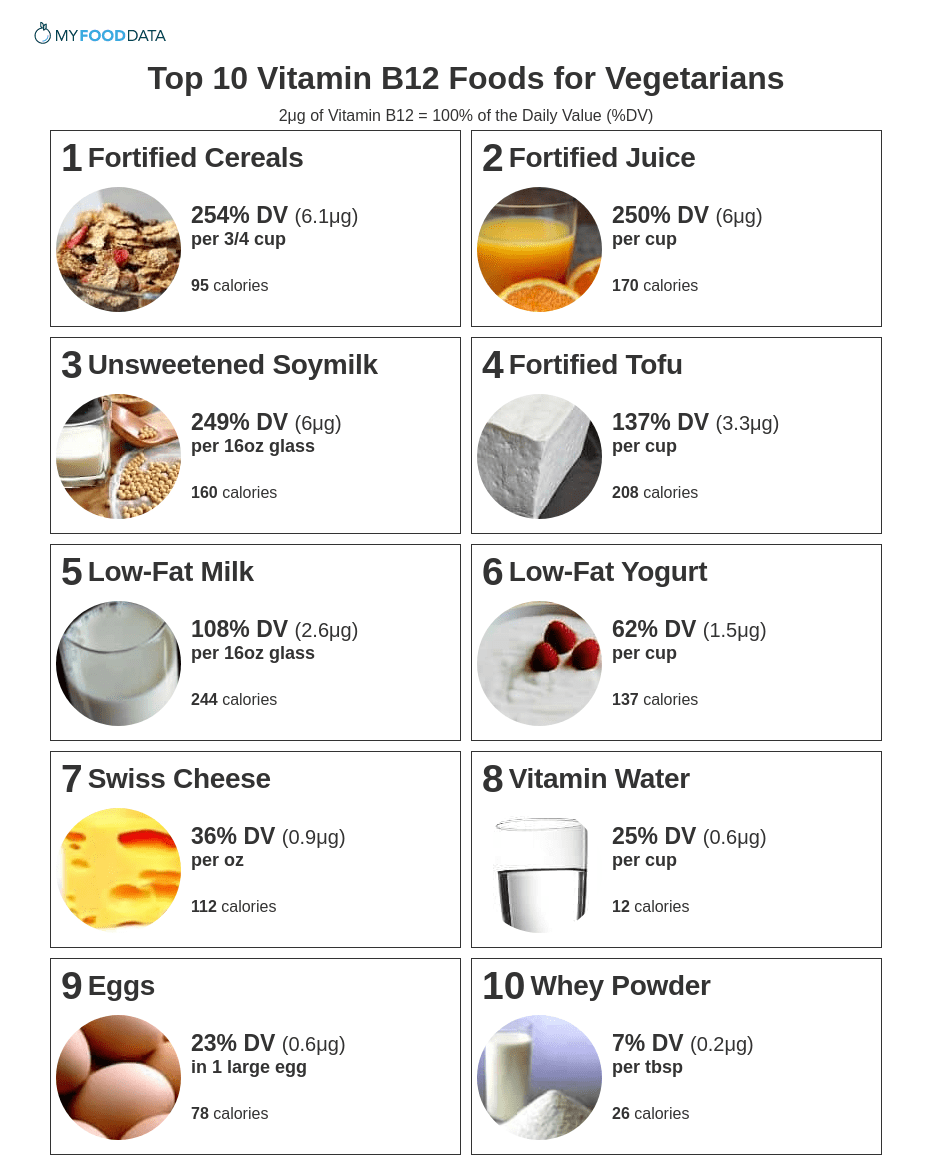 How much Vitamin B12 do you need?

The recommended daily allowance (RDA) for Vitamin B12 ranges from 0.4 to 2.8μg per day. The daily value for vitamin B12 is 2.4μg per day, which has been recently reduced from 6μg per the USDA food labeling standards.

For the values above the amounts for children less than 12 months old is actually the adequate intake (AI) not RDA.

Which form vitamin B12 is best?

Cyanocobalamin is the most common synthetic form of vitamin B12. However, methylcobalamin may also be used. Current evidence does not suggest one form is better than the other, so any form of added B12 can be considered to be equally effective. (2)

What is intrinsic factor and how does it affect vitamin B12 absorption?

Due to this factor, sometimes vitamin B12 is injected directly into patients, as opposed to supplements taken orally. These vitamin B12 injections can be a faster way to boost vitamin B12 levels and alleviate symptoms from anemia.

How much Vitamin B12 is in Brewer

Brewer's yeast is used to brew beer and can be used to make bread. The amount of vitamin B12 in yeast is inconsistent, so it cannot be relied on as a source of vitamin B12 unless it is fortified. Interestingly, a 12oz can of beer does contain 0.1μg or 1% of the DV for vitamin B12.

How much vitamin B12 is in Dried Seaweed (Nori)?

Nori is the thin dried seaweed wrap typically used to make sushi rolls. According to this article published in the journal Nutrients, dried nori seaweed contains up to 51.7μg of vitamin B12 in 100 grams. A sheet of nori typically weights 1.25 grams so a single sheet would provide about 0.5μg of vitamin B12 or 8% DV.

While this sounds great, it is unlikely that nori can be relied upon to be a consistent B12 source, so while it will make a good addition to a balanced vegan diet, it should not be solely relied upon. Further, nori seaweed is very high in iodine, and should be avoided by people with thyroid issues.

How Much Vitamin B12 is in Mushrooms?

Interestingly, some mushrooms do contain vitamin B12, but due to their inability to accumulate and store it, it is never a consistent or large amount.

What are the health benefits of Vitamin B12?

Cyanocobalamin is a common synthetic form of vitamin B12 used in supplements and fortified foods. While cyanide is present in this form of vitamin B12, it is not present in large enough amounts to be dangerous and is excreted by the body. Numerous other foods naturally contain cyanide, including almonds, lima beans, and spinach.

Cows are not given any form of synthetic vitamin B12. Vitamin B12 is naturally synthesized by bacteria that flourish in certain animals (most animals actually, just not humans). Cows, in particular, ferment their food in 4 different stomachs as they digest it. This fermentation lets the bacteria in cows create vitamin B12, and allows cows to store any excess vitamin B12.

From the Nutrient Ranking Tool

MyFoodData provides nutrition data tools and articles to help you organize and understand the foods you eat. Read more...